A Meeting Between Great Minds: APSCU Convention 2022 in Lingayen 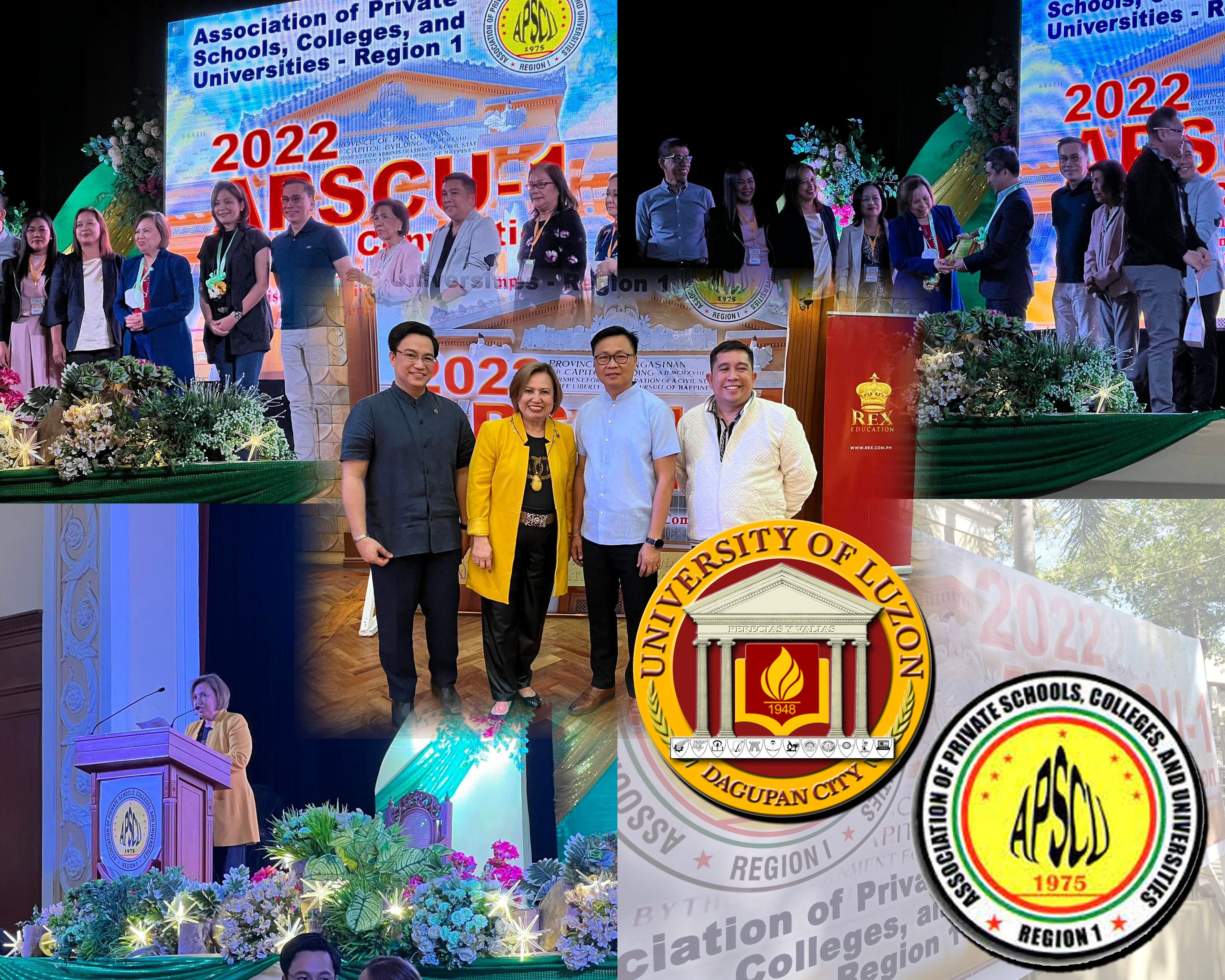 Can we judge someone’s effectiveness based on how long they’ve been in a role? Perhaps. Although this is not always the case, it can be a useful indicator if elections are conducted in a fair and democratic manner. This is especially true for a position of authority in a scholarly institution, where we assume its members have the moral fiber and cognitive capacity to make ethical decisions.

On January 12 and 13, 2023, a number of prominent academic figures came together in Lingayen, Pangasinan’s Sison Auditorium from various prestigious educational institutions in Region 1. One of them is our very own Vice President for Academic Affairs, Dr. Aurora Samson-Reyna, who has led APSCU Region 1 (the Association of Private Schools, Colleges, and Universities) for ten years in a row.

The biennial convention featured speakers whose extreme expertise and depth of knowledge alone made a significant contribution to the academic world. The conference’s other highlights were, however, not limited to this one. The election of Dr. Aurora’s successor is on the agenda. This is also carried out democratically, much like how the head of state is chosen in a democracy. Dr. Aurora Samson-Reyna, predictably, is given the duty of leading the group once more because “the power is in the numbers,” as they say.

APSCU places importance on a unified cause among the private educational institutions across the country. The University of Luzon, itself a privately owned university, is one of the many affiliates of the said organization. The fact that our own VPAA has led the association for ten years in a row and twice more is a distinction in which we can take pride. It is a testament to the academic pedigree of Dr. Aurora Samson-Reyna. As well as providing the opportunity to once again be an integral part of the organization, the APSCU convention also held much value as it was also a venue for many academic leaders and speakers to showcase and share their knowledge. Truly, it was a most productive event.

Message from
the President

"We are committed in providing our students the best education possible –from their first day in school to the day they start their careers. It’s actually a task we’ve been doing since its inception in 1948"